Athens (Athina). Did you know that half of the population of Greece live in Athens? Must be a reason for that! If any place encapsulates the essence of this beautiful country it has to be the capital. People have lived here for thousands of years and all these generations have left a generous legacy of architecture. When Athens played host to the 2004 Olympic games (a cause of enormous national pride), building of the metro was constantly delayed as the workers kept stumbling across ancient temples, amphitheatres and villas!

If you do nothing else during your visit, you have to see the Acropolis, it is after all one of the wonders of the ancient world. Even if history is not your thing, I don’t think anyone can fail to be amazed at this incredible structure, built (by hand of course) in the 5th Century BC in honour of the goddess of wisdom and patron of the city, Athena. If you get the chance, visit the site just after sunrise or before sunset, I promise you, it is magical!

Talking of the 2004 Olympic Games, whilst this was an event of tremendous historic importance and huge national pride it also provided a massive boost to the capital’s infrastructure. Aside from the aforementioned metro system (which is great by the way; modern, clean and efficient), it also provided a reason for almost every hotel to undertake an upgrade, meaning that the city now boasts a selection of contemporary, luxurious hotels and excellent facilities for visitors. Let’s face it, a win-win all round.

Traditionally, when you think about Greek food moussaka and souvlaki spring to mind (both delicious by the way so you have to try them!). But over the last few years, Athens has undergone something of a gourmet revolution and the city now offers an incredible array of dining options with a healthy portion of haute-cuisine and Michelin-starred restaurants. Don’t miss the chance to experience dining on one of the city’s renowned roof-top restaurants- the view is pretty good too!

The Greeks traditionally dine late, typically no one sits down to eat before 9 pm but never fear, you can while away the early evening enjoying a frappé in a pavement café and then perhaps move on for an aperitif in one of the city’s many bars. Athens has so much to offer in the way of nightlife and visitors come from all over the region to enjoy its bars and clubs.

There really is something to suit every taste in this vibrant and fascinating city; if you want to sample some traditional entertainment check out the Plaka district. If you’re something of a bright young thing, then don’t miss the hippest areas in town; Gazi, Psirri, Metaxourgio, Monastiraki, Theseion and Kolonaki. Wherever you go, you’re sure to have a great time.

But there is so much more to Athens than ancient remains and hip eateries though. This really is the city that has it all. A short distance from the buzzing centre, you can find beautiful beaches and even mountains. It’s no wonder the ancient gods were so fond of the place and we’re sure you will be too 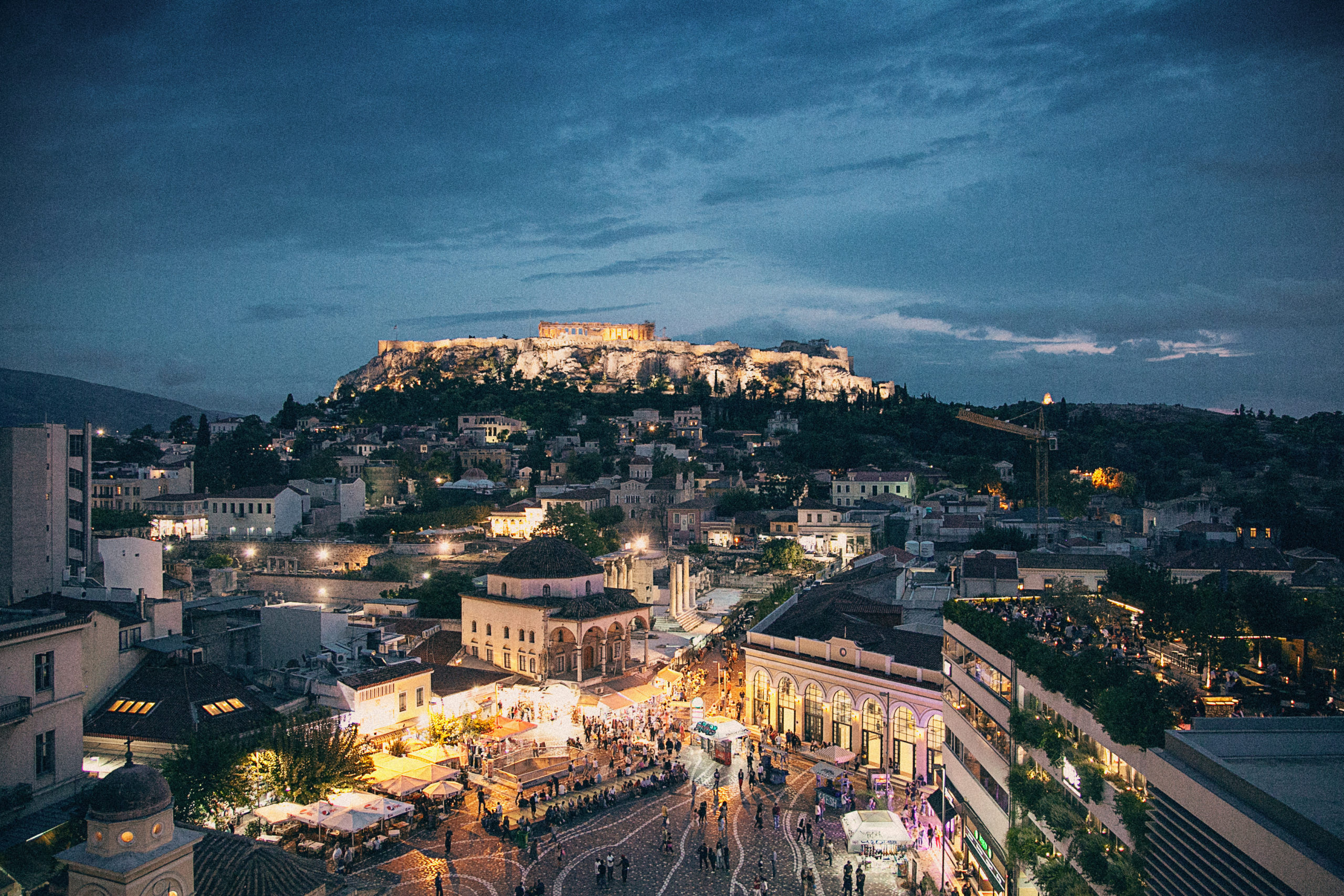 • The Acropolis- you can’t miss it!
• Excellent shops
• Melting pot of tradition and contemporary buzz
• Lively restaurant and bar scene
• Beaches and mountains just a short drive from the city centre