Crete is the southernmost island in Europe and the largest island in Greece. It boasts a wide variety of landscapes with everything from mountains to long sandy beaches and rocky bays. There is an abundance of wildlife with a number of endemic species of flora and fauna. Exploring the island is a real treat with lots of walk, drives and rides that lead you across stunning plateaux and dramatic mountains.
Of course, Crete is also famous for its traditional cuisine, considered one of the healthiest diets in the world with mountain herbs, fresh fruit and vegetables, delicious cheeses and lashings of olive oil!
The island also has a rich and fascinating history dating back to ancient times and the local people hold on to their traditions giving visitors a taste of a unique culture in their food, art, music and crafts. They are also known to be extremely hospitable. It was the birthplace of Zeus and was home to the Minoans. The palace at Knossos is a must-see. Also well worth a visit are the Venetian port of Chania and Heraklio, Greece’s fifth largest city
Modern Crete has a well-developed infrastructure with excellent flight connections from all over Europe as well as up to 8 daily flights from the Greek capital. There is an excellent choice of quality hotels and very good conference and meeting facilities.
The island has beautiful beaches and is also of course known for its fantastic nightlife 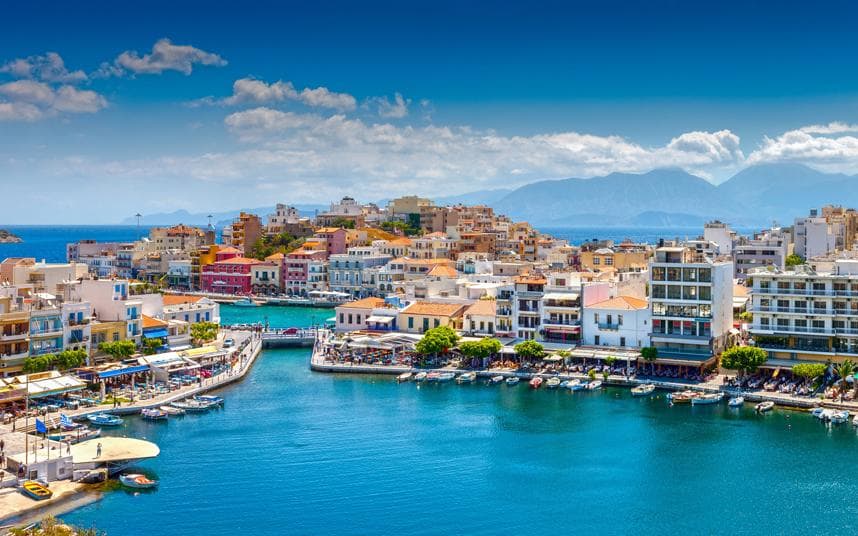 • Knossos- of Minotaur fame! Don’t miss a visit to this fascinating site
• Spinalonga- former leper colony made famous by the novel “The Island”
• Chania and Heraklion’s historic old towns
• Sailing- if you can, don’t miss a chance to take to the waters
• Wineries- Crete produces some of the best wine in the country so a visit to one of the local wineries with a tasting of course, is a must!
• Nightlife- some of the best bars and clubs in the region 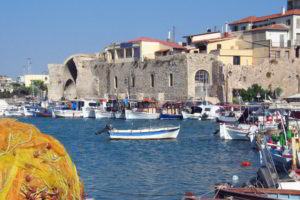 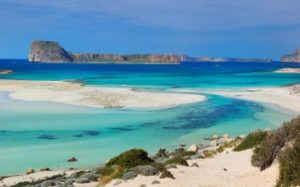 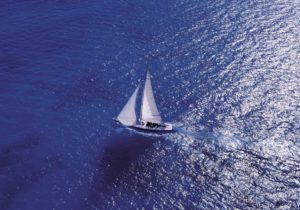 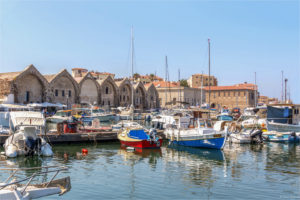 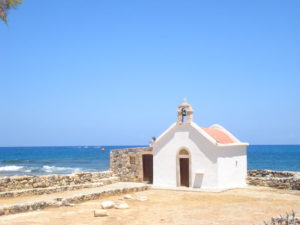 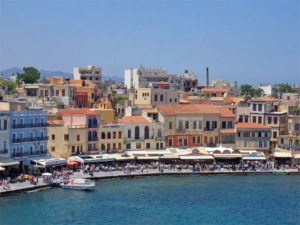 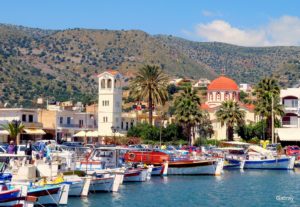 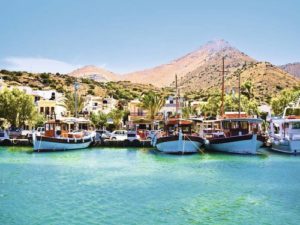 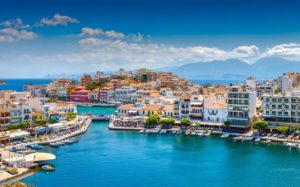 Heraklion (Iraklio) is Crete’s largest city and is also the islands capital, located on the Northern coast of the island, the city enjoys a typical Mediterranean climate. Heraklion’s climate can also be classed as a temperate marine.
A fascinating melting pot of ancient, Venetian and Turkish architecture; the city centre has been largely pedestrianised allowing visitors to enjoy a leisurely stroll through the streets.
The fishing harbor leads to Rocca al Mare now known as the Koules Fortress, along with the old city walls it protected the island from invasion for centuries. The walls are amongst the longest in Europe
With its huge dark hallways and cells, the fortress was also a prison to many Cretan rebels and those who broke the rules imposed by successive occupiers of Crete. Koules is built on two tiers and offers a commanding view of Heraklion from the battlements. Nowadays, the harbour itself is home to brightly coloured fishing boats and busy tavernas selling fresh fish. The view northward takes in the uninhabited island of Dia, where evidence of ancient Minoan settlement (approx 2700-1450 BC) was found by the diver, Jacques Cousteau.
Heraklion is also home to the islands international airport

Hersonissos or Limenas Hersonissou is located 25 km east of Heraklion and is considered one of the most cosmopolitan places in Crete as well as being its most popular tourist resort.
Hersonissos means fun, lovely but busy beaches, a modern town with dozens of shops selling tourist goods, clothes and jewelry, restaurants offering all kinds of food, cafeterias, bars and nightclubs to suit every taste.
Beautiful beaches and the rich nightlife only constitute one side of the coin "Hersonissos". Its other side, which is less acknowledged, includes the pristine mainland, where many historical monuments and landscapes of exceptional beauty await to be discovered.

The natural routes in Hersonissos also offer a journey through time, to the rich history of a blessed place. From its southern extremity, the mountainous "Kera" at the edge of the Lasithi plateau, until its northern border, the portside with the Roman and Byzantine antiquities, the wider region of Hersonissos will award visitors with beautiful images, forgotten flavors and the traditional Cretan hospitality.
Of particular interest to groups. Hersonissos is home to the islands purpose-built convention centre which can accommodate up to 5,500 delegates

Elounda, once a picturesque fishing village in lovely Mirabello Bay and nowadays is an ideal destination for people who want a seaside holiday in a place which is neither too busy nor too isolated, having a spectacular coastline, shaded beaches, crystal clear seas, archaeological interest.
In Elounda you will find small, pretty beaches, visit the island of Spinalonga, walk along and swim at the peninsula of Kolokitha (the word means “pumpkin”), and explore the many little villages (Mavrikiano, Plaka, Skisma, Epano Elounda) far from the sea, offering a window into times gone by.
Elounda is not for those looking for a hectic, vibrant nightlife, nor for those who prefer the isolated beaches of unspoilt southern Crete.
An absolutely prime location where many occupiers - the Minoan, Greek, Roman, Byzantine, Venetian and Ottoman empires - have all left their mark on Elounda's heritage. Elounda hosts two of the most important archaeological sites of Cretan history, the relics of the ancient sunken city of Olous and the Venetian fortress on the island of Spinalonga.