Halkidiki is a magical place, whether on the endless expanses of sand of the fashionable, cosmopolitan beaches, or in the intimacy of the many secluded bays and coves. The region is formed of three peninsulas or "feet", each with its own unique charm, history and magic. There is Kassandra, or Pallini, scene of the Battle of the Giants in ancient mythology; Sithonia, a magical place of green forest and blue sea; and Mt. Athos, the world's only monastic state, home to twenty historic monasteries. “Agio Oros” however is an autonomous state which comprises 20 Christian Orthodox monasteries and churches and has a population of 1400 Orthodox monks.

The climate in Halkidiki is generally mild with limited rainfall whilst sunshine and warm summers are well known. It enjoys over 300 days of sunshine on average annually. The region has 3.000 year old culture, which appears to the ancient settlements of Olynthos, Toroni and Akanthos.

Halkidiki is also home to many earthly pleasures for those who love mountains. Paths for mountain biking and walking cut their way through the forests of pine, oak, fir and chestnut trees. Here you can feel the pure air refreshing every cell in your body, and crystal clear refreshingly cool water gushes from dozens of hidden springs for you to quench your thirst. 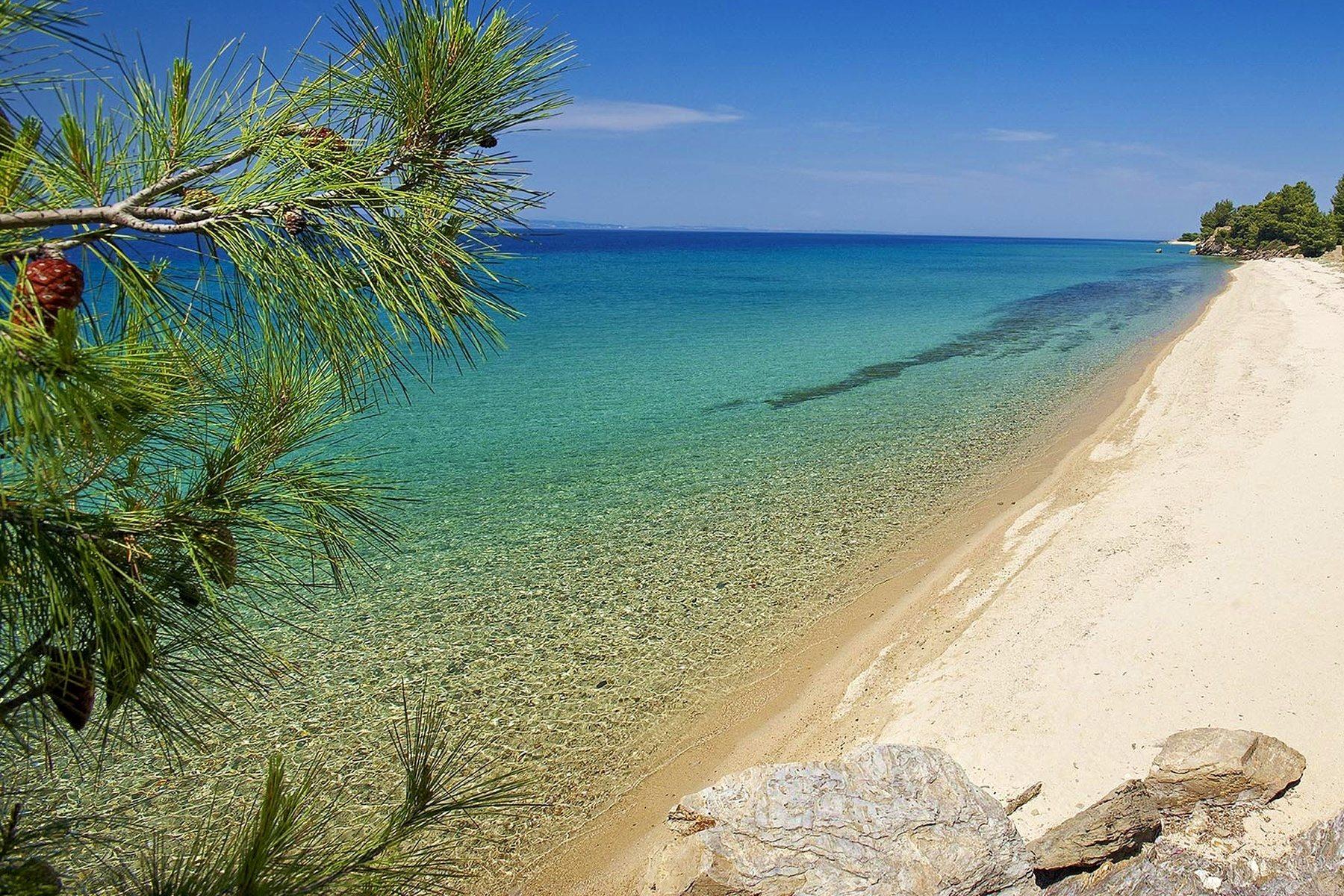